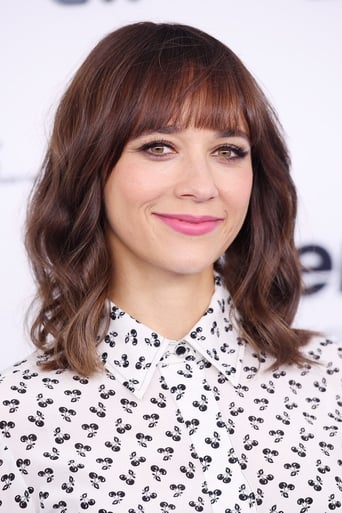 From Wikipedia, the free encyclopedia. Rashida Leah Jones (born February 25, 1976 height 5' 4" (1,63 m)) is an American film and television actress, comic book author, screenwriter and occasional singer. She played Louisa Fenn on Boston Public and Karen Filippelli on The Office as well as roles in the films I Love You, Man and The Social Network. Jones currently appears on the NBC comedy series Parks and Recreation as Ann Perkins. She also played Louisa Fenn on Fox TV's Boston Public and was a recurring cast member who portrayed Karen Filippelli on The Office. She has had numerous film roles, including in Our Idiot Brother, The Social Network, The Muppets, and I Love You, Man. She co-wrote the screenplay for Celeste and Jesse Forever (2012), in which she starred. Jones had a 3½ year relationship with actor Tobey Maguire, ending in 2000. She became engaged to the Grammy Award-winning music producer Mark Ronson in February 2003. He proposed on her 27th birthday, using a custom-made crossword puzzle spelling out "Will you marry me?" Their relationship ended approximately one year later. In 2009 she was dating Jon Favreau, who had become the Director of Speechwriting for President Barack Obama. Description above from the Wikipedia article Rashida Jones, licensed under CC-BY-SA, full list of contributors on Wikipedia.