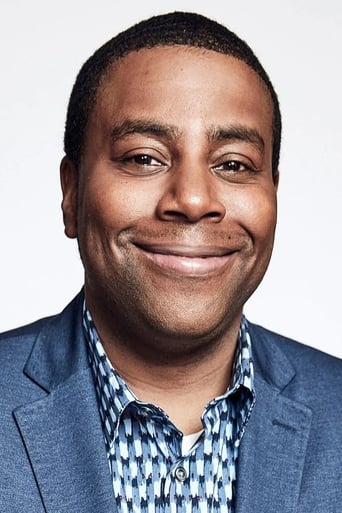 From Wikipedia, the free encyclopedia. Kenan Thompson (born May 10, 1978) is an American actor and comedian. He is best known for his work as a cast member of NBC's long-running sketch comedy series Saturday Night Live. He is also known for his starring roles in the films Good Burger and Fat Albert, his portrayal of Kenan Rockmore on the Nickelodeon sitcom Kenan & Kel, and as a cast member of the Nickelodeon sketch comedy series All That. He ranks at #88 on VH1's 100 Greatest Teen Stars. Throughout the 1990s, he frequently collaborated with fellow comedian Kel Mitchell. Description above from the Wikipedia article Kenan Thompson, licensed under CC-BY-SA, full list of contributors on Wikipedia.